Thanks to a Professional Advancement and Creative Research Grant from the City of Chicago’s Department of Cultural Affairs and Special Events (DCASE), I was able to attend and perform at the 2019 FIMFA Festival in Lisbon, Portugal. I first found out about the festival when I had the honor to perform with Manual Cinema’s ADA/AVA there. While we were there, I managed to squeeze in some time to see a couple of shows, and very quickly, I fell in love with the festival and the city. Not only does Lisbon serve as a gorgeous, historic backdrop for the festival (the compactness of the city also makes hopping from show to show very easy), but I think there is also something to be said for the name of the festival:

The emphasis on “Animated Forms” is quite unusual for a puppetry festival. It speaks to the unique angle the festival’s curation takes, on including both traditional puppetry and contemporary multimedia approaches to the medium in their line-up. This forward-thinking lens they take at presenting puppetry resonates very strongly with me and my work, and I vowed to someday return to FIMFA. Who would have thought that that dream would come to fruition so soon? 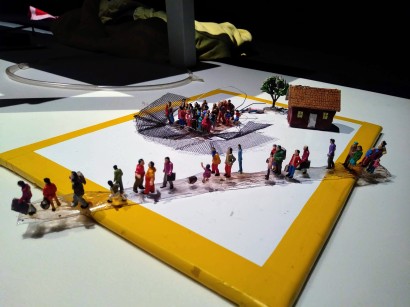 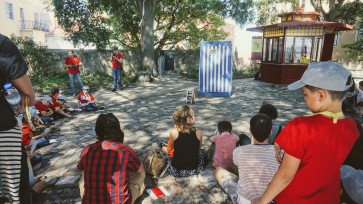 My trip lasted one week, during which I got to see 7 shows from Portugal, Finland, Iran, France and the United Kingdom. In addition, thanks to the generosity of festival curators, Rute and Luis, I also got to perform INKED! at the festival afterparty. This was officially the first international performance of my own work! At the very end of the piece, I added a “FIMFA ♡” tribute in brushstroke. A self-proclaimed “FIMFA grandmother,” a wonderful lady who has been to every FIMFA for the past 20 years, spoke with me after the show. Her kind words meant a lot to me. Thank you. And of course, thank you, Rute and Luis, for all your wonderful work and for taking a chance with squeezing me in. I appreciate your support and enthusiasm so very much! 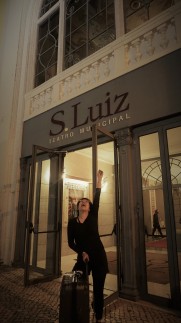 Wrapping up at 2am 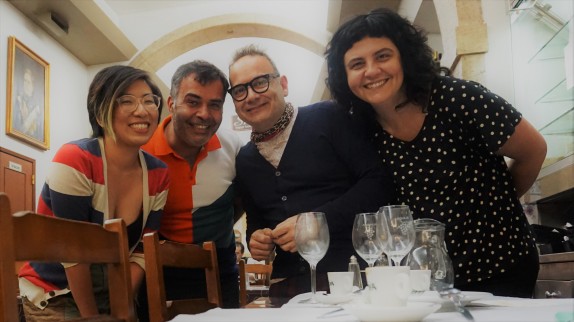 Dinner with Rute and Luis