AN INTER–DIMENSIONAL LOVE STORY follows a long distance relationship between a square and a cube. Inspired by the ideas in Edwin A. Abbott’s ‘Flatland,’ a2 is a square who lives a monotonous, prescribed routine each day. But his life is turned upside down when he falls in love with a three-dimensional being, Charlotte. In order to reach her, he travels between the 2D and 3D world, wherein each dimension is represented by a different style of puppetry. 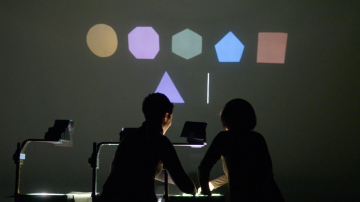